Undoubtedly the most famous passenger ship of all time, the RMS Titanic has inspired dozens of movies, documentaries, and television stories. It was a study in contrasts — a lavish floating hotel for first-class passengers and a restrictive yet inexpensive mode of reaching America for emigrants. Its passenger list juxtaposed some of the richest, most powerful people in the world with the teeming poor in steerage. Titanic’s collision with an iceberg on April 14, 1912, and its loss of nearly two-thirds of the people onboard was a tragedy that placed it in the realm of legend. 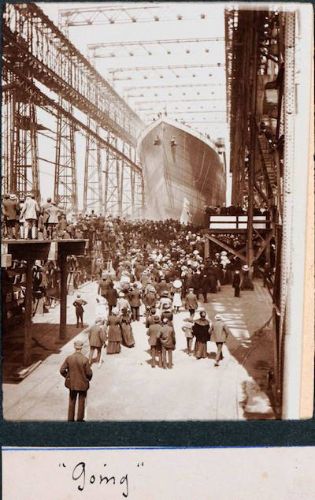 The “unsinkable” RMS Titanic was the largest passenger ship and man-made moving object in the history of the world when it entered service in 1912. It measured 883 feet long and 92 feet wide.